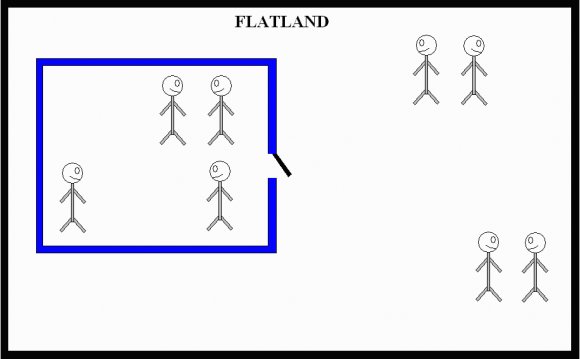 For all we know, the three dimensional world we see around us is really an illusion — one that’s actually in 2D. It’s a slightly unsettling idea, but it’s also one that physicists have been thinking about for some time. Unfortunately, until recently, a 2D universe wasn’t something we could verify. Now, thanks to an experiment recently launched at Fermi National Laboratory in Illinois, we might finally be able to determine how the universe stores the information we interact with everyday — and whether we’re living in a hologram.

"For thousands of years we have assumed that space is made of points and lines, " said Craig Hogan, director of Fermilab’s Center for Particle Astrophysics, in an email to The Verge. But "maybe that is not right — it might be made of waves, the way that matter and energy are."

"Ultimately, it will be a fundamental limit on what we can ever measure, think or do."

To determine if the universe is actually two dimensional, physicists have set up an experiment called the holometer. It consists of two high-intensity laser beams — beams that are roughly equivalent to 200, 000 laser pointers — that are split using a beam splitter, and sent perpendicularly down two 40 meter arms. Then, at the end of the arms, the beams are reflected back to the splitter, where they’re recombined. The idea here is that when the beams hit the splitter a second time, the beam splitter might move in a certain way, and cause the beams’ brightness to fluctuate. If that happens, it would mean that space is continually vibrating, sort of like a wave — a 2D wave, to be exact — and the spitter is being carried along space’s constant jitter.

Such a result could fundamentally alter our perception of the world, because it would mean that information about our universe is stored on tiny two dimensional particles, ones that are about 10 trillion times smaller than an atom. "If you think about reality as a giant computer, that's all there is. The total information [it can contain] is finite, " Hogan said. "Ultimately, it will be a fundamental limit on what we can ever measure, think or do."

If we do live in a 2D world, there’s no telling how that might affect human life. "Einstein's theory of space-time is now coded into everyone's smart phone, but that took almost 100 years, " Hogan said. So for now, the researchers prefer to focus on the task at hand: analysing fluctuations in returning light. Altering how humans understand the universe will come later, if at all. "We should know within a year or so if the effect is really there."