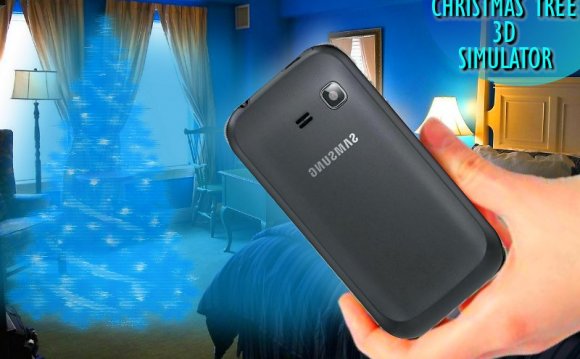 Croatian city of Zadar is renowned for its "out of the box" thinking when it comes to tourist attractions, and the whole world knows about the Sea organ and the Greeting to the sun. So it is no wonder they decided to push the envelope when it came to this year's Christmas decorations. Even though the traditional Christmas tree is still gracing the main square, one other modern attraction caught the attention of tourists, locals and media. As we were able to see for ourselves on December 26, 2015, Zadar's Jazine harbour has the very first hologram Christmas tree in Croatia. 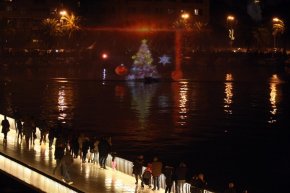 It rises from the sea every night, growing 2 metres each time with small hologram comets turning into sparkling ornaments. Thermometer placed next to the hologram measures its exact height and it will continue to grow until it reaches the 20 metre mark. Ornaments change every night and the spectacle can be seen every day until New Year's from 5 PM onwards.

„Zadar is a city that has always embraced new and innovative technologies and they are always looking for new forms of presentation“said Dejan Dabić, director of the audio visual company in charge of this new attraction in Zadar.

Deputy county prefect Rudolf Dvorski also commented on the reasons why Zadar opted for this kind of Christmas promotion: „ Zadar has once again shown that it is one step in front of others, even when it comes to things like Christmas decorations. We wanted to give our citizens something special and we think they are more than happy with this event“ Dvorski said.

The tree is not the only hologram spectacle people of Zadar will be able to enjoy this holiday season. On December 31st, they’ll be able to enjoy a full hologram concert, by none other than the late Michael Jackson. Concert will start at 10 PM on Trg Pet Bunara.