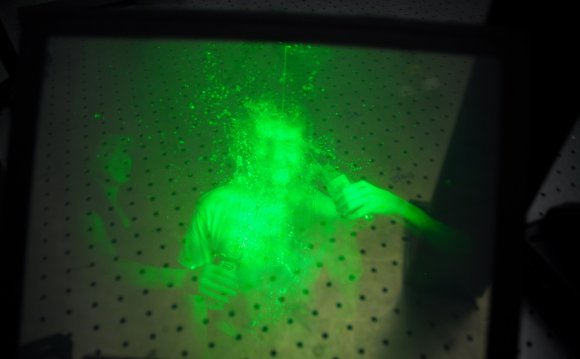 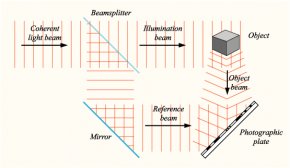 When you hear the term hologram, what is your initial thought? Many people may associate the word with the rising use of human digital projections within the entertainment industry. Holography as a whole, however, has practical applications in various areas. Let’s take a closer look at how this technology works and how researchers are utilizing it today.

Holography is a technique that captures and records a light field, with the capability of reproducing the original light field in the absence of the initial object. In this process, one laser beam is divided into a reference beam and an object beam. As these split beams later merge on the holographic film, an interference pattern is recorded. This captured pattern forms a hologram.

To reconstruct the image, a laser identical to the one used to record the hologram is projected onto the developed film. As it illuminates the recorded hologram on the film, it is diffracted by the surface pattern of the recording. This structures the light in the same exact way it was originally reflected from the initial object. The result? A virtual image right before your eyes — the hologram.

How Holographic Technology Has Evolved

This method was first developed by Dennis Gabor in 1948, an invention for which he was awarded the Nobel Prize in Physics in 1971. This discovery was made while Gabor was researching how to enhance the resolution of electron microscopes. Initially, a mercury arc lamp was used as the light source. The low coherency of this light, however, prevented researchers from producing holograms with real depth.

The invention of the laser beam in 1960 made this technique more practical. Featuring a pure and strong light, the laser was an ideal light source for developing holograms. Researchers at the University of Michigan put this new technology to the test in 1962. Combining a laser with an “off-axis technique, ” Emmett Leith and Juris Upatnieks successfully enabled the first laser transmission of 3D objects — a toy train and a bird. This enabled the production of images with a clear depth, but a laser light was still needed in order to see the holographic image.