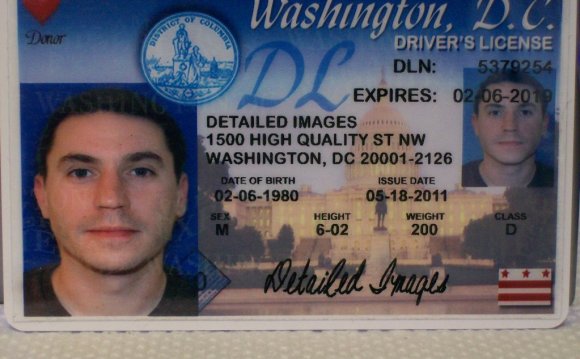 It was cool evening in Santa Cruz, Calif., when a pretty young girl named Bethany walked up to the doorman at a local college bar. She eagerly handed her ID to him. As he held it up to the light, I could see it was a Florida driver license.

The doorman handed the ID to me. I checked for the micro print security feature with my magnifier and instantly recognized it as being counterfeit. I asked Bethany to step out of line and placed her under arrest for presenting a fake ID.

Bethany was 17 years old. Her counterfeit Florida driver license said she was 22. While we waited for Bethany’s mother to come pick her up, I asked her where she got the ID. “IDchief, ” she told me. Bethany went on to say that nine of her friends bought their IDs at the same time and got a group discount. For less than $100, she got two fake Florida driver licenses. That night she had left the other at home.

The doorman was interested in how I could tell it was counterfeit. When I showed him the ID, explained IDChief.com and that he would need to invest a few dollars in a 10X magnifier, he nodded and said, “This explains all the Florida IDs I’ve been seeing lately.”

Foreign Web Sites Market to Minors
Why is it so easy for teenagers to get these fake IDs? Overseas companies like IDChief target kids with headlines like, “The spring break is coming! Students from across the world get ready for travelling and having fun in your favourite restaurants and bars with your new ID!” The pricing encourages group orders, and the IDs are shipped — concealed in packages containing sales brochures, calculators and other cheap, disposable items designed to defeat X-rays.

IDchief.com has hit the counterfeit ID market like a tsunami. The Web site, based in Asia, offers good quality IDs for a reasonable price. Their products possess several of the security features of genuine IDs. To the cursory examiner, the ID looks good. It has bright, easily seen holograms and UV features. It looks professionally made so kids like Bethany are always confident about showing it to you.

You might be asking yourself, is there any point to even checking IDs when it’s seemingly impossible to tell the difference between a real one and counterfeit one? The answer is yes. Keeping up with the latest security features and what the counterfeiters are doing will protect you and your campus from the criminal and civil liability surrounding underage drinking.

Micro print is extremely small printed text that, to the naked eye, appears to be a solid line. When magnified, the letters are clear, distinct and readable. Genuine micro print requires at least 10X magnification. Currently 48 states are using micro print as a security feature. None of the counterfeit cards from IDChief have micro print. The right training and a 10X magnifier is all it takes to reveal the fake ID.