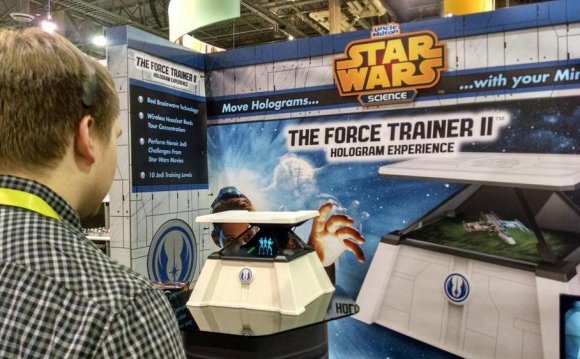 To them, I said,
the truth would be literally nothing
but the shadows of the images.
-Plato, The Republic (Book VII)

Holography Through the Ages

Plato, the great Greek philosopher, wrote a series of `Dialogues' which summarized many of the things which he had learned from his teacher, who was the philosopher Socrates. One of the most famous of these Dialogues is the `Allegory of the Cave'. In this allegory, people are chained in a cave so that they can only see the shadows which are cast on the walls of the cave by a fire. To these people, the shadows represent the totality of their existence - it is impossible for them to imagine a reality which consists of anything other than the fuzzy shadows on the wall.

However, some prisoners may escape from the cave; they may go out into the light of the sun and behold true reality. When they try to go back into the cave and tell the other captives the truth, they are mocked as madmen.

Of course, to Plato this story was just meant to symbolize mankind's struggle to reach enlightenment and understanding through reasoning and open-mindedness. We are all initially prisoners and the tangible world is our cave. Just as some prisoners may escape out into the sun, so may some people amass knowledge and ascend into the light of true reality.

What is equally interesting is the literal interpretation of Plato's tale: The idea that reality could be represented completely as `shadows' on the walls.

The Holographic Principle and Modern Physics

In 1993 the famous Dutch theoretical physicist G. 't Hooft put forward a bold proposal which is reminiscent of Plato's Allegory of the Cave. This proposal, which is known as the Holographic Principle, consists of two basic assertions:

Assertion 1 The first assertion of the Holographic Principle is that all of the information contained in some region of space can be represented as a `Hologram' - a theory which `lives' on the boundary of that region. For example, if the region of space in question is the DAMTP Tearoom, then the holographic principle asserts that all of the physics which takes place in the DAMTP Tearoom can be represented by a theory which is defined on the walls of the Tearoom.

Assertion 2 The second assertion of the Holographic Principle is that the theory on the boundary of the region of space in question should contain at most one degree of freedom per Planck area.

A Planck area is the area enclosed by a little square which has side length equal to the Planck length, a basic unit of length which is usually denoted . The Planck length is a fundamental unit of length, because it is the parameter with the dimensions of length which can be constructed out of the basic constants (Newton's constant for the strength of gravitational interactions), (Planck's constant from quantum mechanics), and (the speed of light). A quick calculation reveals that is very small indeed: