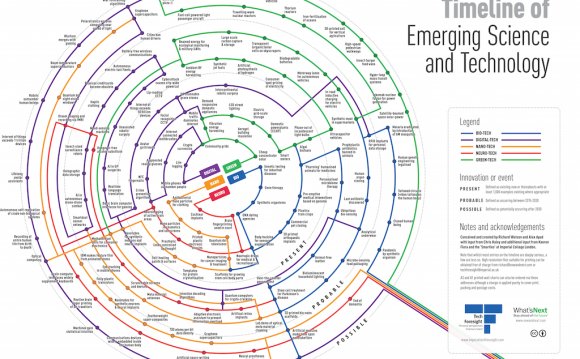 Every enterprise needs archival storage to meet compliance requirements and address litigation issues, but "deep" archiving remains a challenge. Nobody wants to keep discs powered, spinning and serviced for up to 50 years or more. Tape is removable and securable, but tape carries its own long-term readability and reliability concerns. Optical storage is emerging as an attempt to fill this gap, and holographic storage may emerge as the next vehicle for long-term offline archival storage, bringing a mix of large capacity and decades of media stability.

What is holographic storage?

Holographic storage works by storing a sequence of discrete data snapshots within the thickness of the media. The storage process starts when a laser beam is split into two signals. One beam is used as a reference signal. Another beam, called the data-carrying beam, is passed through a device called a spatial light modulator (SLM) which acts as a fine shutter system, passing and blocking light at points corresponding to ones and zeroes. The reference beam is then reflected to impinge on the data-carrying beam within the media. This creates a three-dimensional refraction pattern (the "hologram") that is captured in the media. Holographic storage uses circular media similar to a blank CD or DVD that spins to accept data along a continuous spiral data path. Once the media is written, data is read back using the reference beam to illuminate the refraction.

This three-dimensional aspect of data recording is an important difference between holographic storage and conventional CD/DVD recording. Traditional optical media uses a single laser beam to write data in two dimensions along a continuous spiral data path. In contrast, prototype holographic storage products save one million pixels at a time in discrete snapshots, also called pages, which form microscopic cones through the thickness of the light-sensitive media. Today's holographic media can store over 4.4 million individual pages on a disc.

Today, holographic storage is a Worm technology that relies on light-sensitive media housed in removable protective cartridges. Although rewritable media and drives will appear in the next few years, much like the progression from CD-R to CD-RW or from DVD-R to DVD-RW, experts note that the most likely application for Worm media is for long-term archiving.

What are the benefits and drawbacks of holographic storage?

The argument in favour of holographic storage is quite limited at the moment, and the value proposition is challenging at best. On the plus side, long-term media stability and reliability is a compelling advantage for deep archiving purposes - discs and tape simply cannot assure reliability out to 50 years. "Discs are very impervious to the elements, " says Brian Garrett, at Enterprise Strategy Group (ESG). "I've seen demonstrations where they dip the platters into something boiling and freeze them and roll them around in the mud, clean them up and they're still usable."

Holographic technology also provides portability, allowing the distribution of dense data that cannot be sent conveniently over networks, such as broadcast or high-definition video. The technology should also become more appealing for shorter term backups and archives as companies continue to rely less on tape backups. For example, holographic storage attached to a virtual tape library (VTL) system might be an excellent tape replacement.

On the downside, early holographic storage drives will run in the £10, 000 range, with media costing about £100 per disc. Holographic media capacity is also limited to about 300Gbytes. While this capacity is expected to grow substantially over time, it's hard to make a case for a 300Gbyte optical disc against readily available 1Tbyte hard drives or 1.6Tbyte (compressed) LTO-4 tapes without a specific application. Furthermore, the long-term reliability and readability of holographic drives is still unproven.

Holographic recording is also very data sensitive. "With holographic, you have to keep the data streaming, " says Greg Schulz, founder and senior analyst at the StorageI/O Group, noting that it's not yet appropriate for partial recordings. This is similar to early CD-R or DVD-R systems that required constant data in the drive's write buffer. If the buffer emptied during a write process, the CD-R or DVD-R recording would fail and the disc would be ruined. It wasn't until much later in the technology's lifecycle that "multi-session" and "burn-proof" techniques were added.

Standards are also a concern. The European Computer Manufacturers Association (ECMA) has published two standards in mid-2007 to address Holographic Versatile Disc (HVD) products, dubbed ECMA-377 and ECMA-378. But holographic storage in general has no substantial standards endorsed by the International Standards Organisation (ISO). This lack of standardisation can work against holographic storage by complicating interoperability between media and drives.

How are holographic drives specified and deployed?

Ultimately, any discussion of holographic storage deployment is theoretical because there are no commercial products available today. Beta products are being evaluated, but manufacturers, like InPhase Technologies, are keeping their beta users under wrap. Consequently, there is no word from the field about value, performance, reliability or any application of holographic products. Still, there are important trends worth noting.