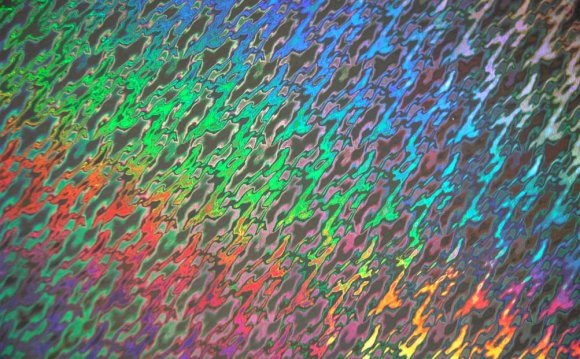 We may still not have light sabers or faster-than-light spacecraft, but one other piece of Star Wars technology now looks like it may be on the horizon: 3D holographic videoconferencing. This week researchers from the University of Arizona, Tucson, unveiled a holographic system capable of transmitting a series of three-dimensional images in near-real-time – a significant step towards the live transmission of life-size, full color, holographic video of people or other objects.

The U Arizona system incorporates a 10-inch screen composed of a unique photorefractive polymer, which can rapidly refresh holographic images and is scalable for production – a 17-inch version has already been successfully tested. This is joined to a novel system for recording and transmitting 3D images via Ethernet. The researchers have demonstrated the system in the past, but at that point it was only capable of refreshing images once every four minutes. It can now refresh once every two seconds, which is still not ideal, but definitely a step in the right direction.

The system presents images from 16 perspectives (via 16 cameras), as opposed to the two which 3D movies are currently limited to. The output of these cameras is encoded into a laser beam, which writes a pattern into the polymer screen, thus creating and storing one complete image.

The use of multiple cameras results in full parallax, meaning that the image can be viewed not only face-on, but also from above, below, behind, and a variety of other angles. Project leader Nasser Peyghambarian said that the system could even incorporate hundreds of perspectives – such a feature could be particularly helpful if a surgery were being transmitted, so collaborating surgeons at remote locations could get a good look at what was going on.

While the system can currently only display monochromatic images at its relatively rapid refresh rate, it can also display color images at a slower rate. The researchers are now working on bringing its color refresh rate up to a video-like 30 frames-per-second, creating larger screens, and increasing the light sensitivity of the system.

“This advance brings us a step closer to the ultimate goal of realistic holographic telepresence with high-resolution, full-color, human-size, 3D images that can be sent at video refresh rates from one part of the world to the other, ” Peyghambarian said.

The research, which was conducted in collaboration with California’s Nitto Denko Technical Corp., is being published in the journal Nature.