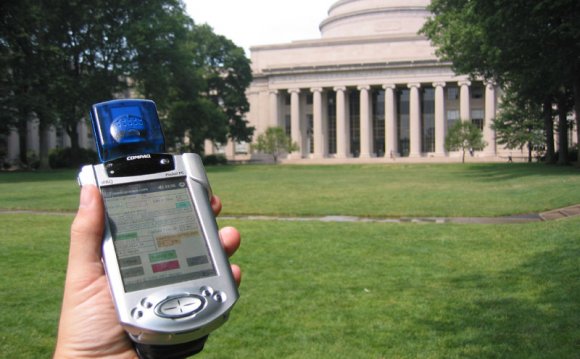 The simulated reality hypothesis holds that what we perceive to be reality is actually an artificial simulation, such as an extended hallucination or an elaborate computer program. Although the concept has a basis in philosophy, it is more often explored in science fiction, perhaps most famously in The Matrix.

The concept of simulated reality rests on older concepts such as solipsism, and the conundrum that we can never truly know whether the evidence of our senses and memories are merely illusions. The simulated reality hypothesis applies existing or hypothetical technology as possible explanations for the illusion.

The simulated reality hypothesis raises further questions of who created the "false reality" and why, as well as questions about our existence in the "true reality" outside the simulation. In some variants, humans have a similar nature outside the simulation, but are being controlled through the use of simulated reality. In others, we are actually no more than a brain in a vat being fed stimuli, or even have no corporeal existence at all. In some fiction, such as , it is possible to "hack" the computer programme and hence manipulate the simulated reality, effectively giving those who do so the equivalent of supernatural powers.

The idea is also sort of related to time travel and how to achieve such a thing in the real, practical world. Rather than sending someone to the past, this hypothesis states that it is more practical to bring the past to us, via a simulation. As a sufficiently powerful and accurate simulation is indistinguishable from reality, a simulation allows time travel to be effectively obtained. This also has important repercussions for why we would be living in a computer simulation made by a higher intelligence. A single, highly advanced civilization would run many simulations of its history in order to study it; as a result the number of individuals in that civilization who are simulated would outnumber the real individuals many thousands of times. Simply playing the odds generated by this from this idea concludes that we may well be simulated by a future version of ourselves.

The simulation argument is a thesis set out in a 2003 paper by Nick Bostrom, a transhumanist philospher, in which he argues that the simulated reality scenario is correct, and that the world that we see around us is very likely merely a computer simulation.

This paper begins by arguing that at least one of the following propositions must be true:

The paper then goes on to argue that as there is a significant chance that we will one day become post-humans who run ancestor-simulations, therefore it is almost certain that we are living in a computer simulation. Since 2003 there has been a lot of interest in the idea, especially with the online community.

The point of the argument is not to demonstrate or prove that we are in a computer simulation - it is actually unfalsifiable given that even if the simulated and non-simulated realities are different, there would be no conceivable way of us determining the difference via an experiment made within a simulated reality (or even a non-simulated reality). The differences between a simulated and non-simulated reality may also be moot depending on one's ideas about what is and is not real. The argument is simply to demonstrate that there is a reasonable chance that we are simulated digitally given these plausible assumptions. Those assumptions may well be false, in which case the probabilities favour us not being simulated. But, their very plausibility means that they cannot be immediately dismissed; the ultimate conclusion is that there is a significant chance this world is, in fact, a computer simulation.

While the simulation argument is a skeptical view of reality, and proposes an interesting question regarding nature and technology, there are several problems if it is proposed as a serious hypothesis. Firstly, the simulation argument is completely unfalsifiable as it is impossible to devise an experiment to test the hypothesis and potentially prove it to be false. Even if a hypothetical experiment was devised and turned out negative (that the world was not simulated) it would still be insufficient because there is the potential that this is merely what the simulation wants us to think, or we are living inside a simulation inside a simulation. This, according to widely accepted definitions, places it firmly in the field of pseudoscience. Any serious suggestion that we do live in a simulation (as opposed to discussion of the probabilities, assumptions and the potential technologies involved, which is academically sound) relies purely on faith and argument by assertion. This makes the simulation argument, as an explanation of reality, more like a religion - regardless of the assertions of transhumanists that the maths works out.