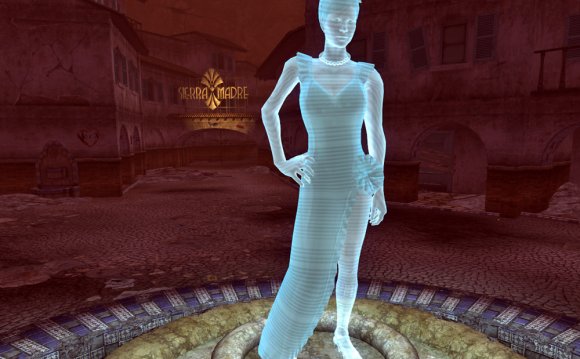 Experimental alert: Someone may be able to answer this question experimentally simply by going to a shopping mall and finding the right piece of holographic jewelry.

My question is whether the type of front-view "thick film" hologram often seen in jewelry can be used to create a true mirror, one in which you can see an image of yourself reflected in the hologram.

I'm afraid I messed up the terminology quite badly in my first try at this question! The type of hologram I was trying to ask about is correctly called a reflection (or thick film or volume) hologram because of its ability to reflect light back in the direction from which it came. It does that using only photographic emulsion, via a wave exclusion effect similar to the one that gives peacock feathers and opals their bright colors. (For the record, I was originally thinking, quite incorrectly, that "reflection holograms" meant the ones that use holes in a smooth metallic surface, such as those seen on almost any credit card. Now I'm unsure what those ones are called.)

At least one non-SE site correctly points out that you cannot create a holographic mirror by using a transmission hologram, which is the kind where the light source passes through a film and you view it from the other side. (Again, I was using this term incorrectly in my first version of this question.) That's not a very deep answer, however, since light from the viewer plays no role at all in what is being seen in a transmission hologram. You can't reflect something whose light plays no role in the image being shown!

So, my question is this: Can the wave exclusion effect that is used in volume holograms, which lack any true metallic surfaces despite their shiny appearance, be configured in a way that makes it possible to reflect true images of objects in front of the hologram?

I suspect it's possible for two reasons: (1) Somewhere I still have a thick-film hologram of the insides of a watch. I clearly recall watching a bright spot move left and right on the image of a curved metal part within the watch as I moved a background light move left and right in front of the hologram. While a moving bright spot is hardly a complete image, it does indicate that a hologram is capable of a visible response to an object not in the original hologram. (2) I'm not aware of anything from diffraction theory that says you cannot use multilayer diffraction patterns to create simple, mirror-like reflecting surfaces. (Nor am I aware of anything that says you can for sure, either.)

So, experimenters: Does anyone out there have a hologram in hand that seems to reflect non-trivial light patterns?