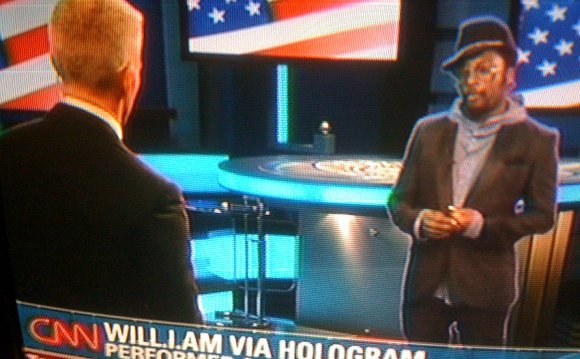 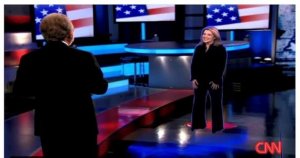 Can someone please explain to me why so many people are making a big deal about this that the channel unveiled during election coverage Tuesday night?

According to CNN, it was real "hologram" technology that beamed Jessica Yellin, a CNN correspondent from Chicago, to the CNN press center in New York, where Wolf Blitzer could grill her about what was going on in Chicago.

First off, let me say that it wasn't even real "hologram" technology, which annoys me from the start. Don't say it's a "hologram" technology unless it really is. If CNN was truly using a "hologram, " it would not have employed a green screen and overlay images. Instead, it would have captured scattered light and then reconstructed it back in the studio.

Oh, and it probably would have bankrupted CNN too.

But I digress. Everywhere I turn, someone is saying how "cool" CNN's so-called "hologram" was. Uh, no.

Allow me to explain something to those who probably also get excited about buying a new hammer or watching a new Starbucks open up in their neighborhood: the "hologram" technique made the show look shoddy and stupid, and made Ms. Yellin look like a well-designed video game character.

Now, I know what you're saying: "But Don, you see, by using its 'hologram, ' CNN is embracing technology and taking news reporting one step further."

Sorry, but I think that if you believe that, it's time for you to stop drinking Wolf Blitzer's Kool-Aid.

Nothing about the CNN "hologram" made sense. Part of the value of sending reporters to different areas to cover what's going on is to allow viewers to look beyond the onscreen reporter, and see the raucous environment. And it also affords the reporter the opportunity to walk around and show viewers some of the visual highlights at the event.

But with the help of its "hologram, " CNN destroyed the value in sending a reporter, and instead made it, in the paraphrased words of Wolf Blitzer, "a more intimate setting" for the interview that eliminated all the noisy people that would have been standing behind her.

Just because the idea of a "hologram" is interesting, it doesn't mean that every time that someone pretends to use one, we have to think that it's the greatest thing in the world. The "hologram" looked ugly, made Ms. Yellin look awkward, and it didn't provide any real value to the viewer.

I applaud CNN for at least trying something new. But if show producers are smart, they'll shelve their "hologram" idea, and move on to something bigger and better, like transporting Ms. Yellin back and forth between Chicago and New York next time. I think that'll keep them busy for a while, and help us enjoy some quality programming, while they're trying to figure out how to reconstruct atoms.

I know the idea of a "hologram" is alluring to some. But let's not allow our hopes for the future cloud our judgment.

CNN Will I Am Hologram, First time on TV