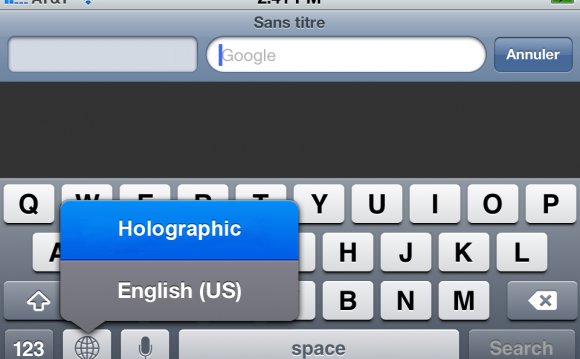 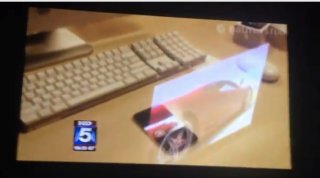 So when they see folks already lined up to buy the iPhone 5, they come over extra-giddy.

Who, therefore, could blame Fox 5 New York from rushing out to interview the sad, money-grabbing self-publicists who are already adorning the Apple Cube, waiting for the iPhone 5?

The lady from Fox was more breathless than the Michelin Man after running a marathon on eight pints of beer. She talked to the people in line.

And yet then she seemed to reach for that New York dimension that is often abbreviated by the two letters "B" and "S."

For she declared that the iPhone 5 is "sleeker, has a laser keyboard, holographic images, and other cool new features.

It would be reasonable at this point to ask if the lady was oozing with ouzo.

It would even be reasonable to wonder if she had snorted various powdery substances through her nostrils in order to deliver the requisite level of excitement.

But, no. TUAW reports that the lady's supposed researchers seem to have relied on their information on a concept video from Aaatma Studios that just happens to be a year old.

More importantly, it happens to be dreamed-up nonsense.

Somehow, though, New York thrives on dreamed-up nonsense. So I wonder how many New Yorkers would have spotted that these features were not actually offered by Apple's Tim Cook or Phil Schiller when the product was announced.

I wonder, too, whether this lady might still be oblivious and will clutch her new long-form love machine and wonder why it isn't projecting holographs and where is the button to eject the laser keyboard.