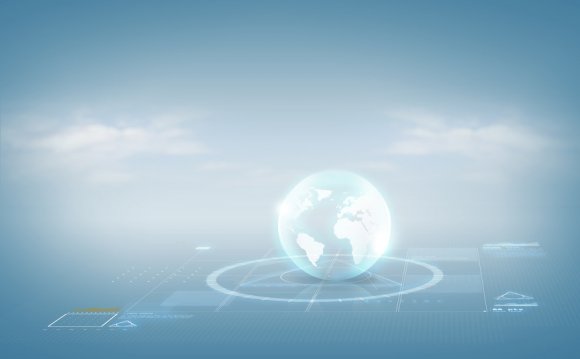 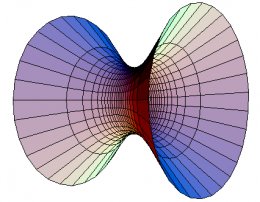 If a friend told you that we were all living in a giant hologram, you’d probably tell him to lay off the kush. But incredibly, physicists across the world are thinking the same thing: That what we perceive to be a three-dimensional universe might just be the image of a two-dimensional one, projected across a massive cosmic horizon.

Yes, it sounds more than a little insane. The 3D nature of our world is as fundamental to our sense of reality as the fact that time runs forward. And yet some researchers believe that contradictions between Einstein’s theory of relativity and quantum mechanics might be reconciled if every three-dimensional object we know and cherish is a projection of tiny, subatomic bytes of information stored in a two-dimensional Flatland.

“If this is true, it’s a really important insight, ” Daniel Grumiller, a theoretical physicist at the Vienna University of Technology, told me over the phone. Grumiller, along with physicists Max Riegler, Arjun Bagchi and Rudranil Basu, recently published the very first study offering evidence that the so-called “holographic principle”—that certain 3D spaces can be mathematically reduced to 2D projections—might describe our universe.

[In our podcast, the Motherboard staff talks to Craig Hogan, the Fermilab scientist who is actually performing these experiments.] 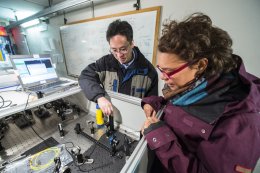 “If you asked anyone twenty years ago how many dimensions our world has, most of us would answer 'three spatial dimensions plus time, '" he said. "The holographic principle would mean that this is actually a matter of perspective.”

The holographic principle was first postulated over 20 years ago as a possible solution to Stephen Hawking’s famous “information paradox.” (The paradox is essentially that black holes appear to swallow information, which, according to quantum theory, is impossible.) But while the principle was never mathematically formalized for black holes, theoretical physicist Juan Maldacena demonstrated several years later that holography did indeed hold for a theoretical type of space called anti-de Sitter space. Unlike the space in our universe, which is relatively flat on cosmic scales, anti-de Sitter space as described by mathematicians curves inward like a saddle.

If this depiction of space is correct, then like any computer, there is an inherent limit to the universe’s data storage and processing capacity.

“Anti-de Sitter space is not directly relevant to our universe, but it allows us to perform calculations that would otherwise be very difficult if not impossible, ” Grumiller said.

Within this theoretical space, Maldacena showed that two sets of physical equations mapped perfectly onto each other: The equations of gravitational theory, and those of quantum field theory. This correspondence was totally unexpected, because while gravity is described in three spatial dimensions, quantum field theory requires only two. That the laws of physics produced identical results two or three dimensions pointed to anti-de Sitter-space’s holographic nature.

“This was the first instance where somebody explicitly showed how holography works, ” Grumiller told me. “But given that our universe is not anti-de Sitter space—it’s approximately flat at large scales—it’s interesting to ask whether the holographic principle applies to flat space, as well.”