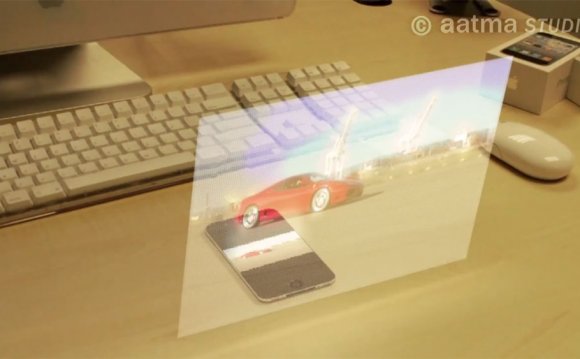 The prospect of having a 3D or holographic display on an iPhone is quite far fetched seeing how things stand currently, keeping in mind the lack of interest from the big guns out there. But did you know that you can convert your iPhone’s screen into a 3D holographic projector for just under a dollar right away? Sounds outrageous and too good to be true, doesn’t it? Indeed it is, and a cool party trick as well. 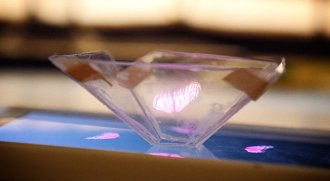 According to YouTuber Mrwhosetheboss, the process is fairly simple to go through, and in no time, you’ll end up with a holographic 3D projecting display on your iPhone. And the best part is: the whole feat can be achieved using completely off the shelf supplies, so you don’t have to worry about doing a hunt on eBay or Amazon for something very specific to make the magic happen.

The complete list of things you’ll need is as follows:

Check out the video below for a complete walkthrough on how you can make the holographic contraption and also see for yourself how the whole thing works.

It’s pretty mind-blowing what you can achieve with just a dollar worth of supplies, and you can’t deny the sense of greatness you’ll achieve once you’re done making the entire contraption by your own hands. And like we mentioned before, it’s a very cool party trick to show off in a social gathering as well.

The contraption doesn’t just work an iPhone, you can even try it out on an Android smartphone as well, so you can rest assured that pretty much every user is covered here from start to finish.

3D displays on a smartphone never really caught the attention of big name manufacturers out there such as Samsung, Apple, Xiaomi etc., probably because the idea was a little too insane on a mobile device. Though the technology has been a star hit on television sets and of course, movie theaters, it’s pretty much a given that the tech will either make a very late entrance into the mainstream smartphone world, or it won’t at all. Whatever the case may be, we’d love to know what the future of 3D and holographic projectors hold for us.

Did you try to turn your iPhone or Android smartphone into a 3D holographic projector? Let us know how it fared for you.

How to build a hologram projector for your iPhone