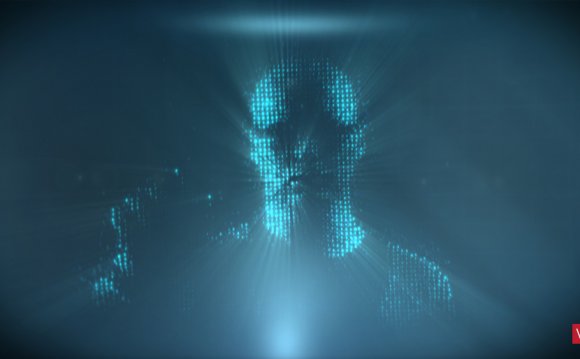 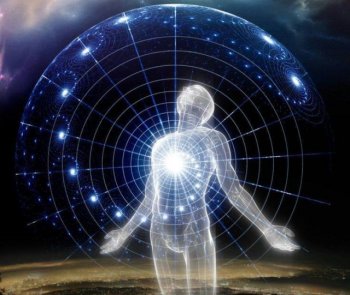 In this article we will explore how your body is a holographic projection of your consciousness, and how you directly influence that hologram and thus have complete control over the physical health of your body. We will also specifically explore the exact mechanism behind this principle, and don’t worry, I will provide scientific evidence so let your rational mind be at ease. But first … how is this even possible?

One of the key principles of quantum physics is that our thoughts determine reality. Early in the 1900’s they proved this beyond a shadow of a doubt with an experiment called the double slit experiment. They found that the determining factor of the behavior of energy (‘particles’) at the quantum level is the awareness of the observer.

For example: electrons under the same conditions would sometimes act like particles, and then at other times they would switch to acting like waves (formless energy), because it was completely dependent on what the observer expected was going to happen. Whatever the observed believed would occur is what the quantum field did.

The quantum world is waiting for us to make a decision so that it knows how to behave. That is why quantum physicists have such difficulties in dealing with, explaining, and defining the quantum world. We are truly, in every sense of the word, masters of creation because we decide what manifests out of the field of all-possibility and into form.

The thing is, the quantum level of reality isn’t a local and insignificant aspect of creation. It is all around us, and it is the most fundamental level of creation aside from the unified field itself. The human energy field is interacting and influencing the quantum field all around us at all times and the energy of our beliefs and intentions are infused into our energy field because they are defined by the energy of our thoughts and emotions.

Thus the fusion of our thoughts, emotions, beliefs, and intentions, which I will call the human energy field for simplicity’s sake, is perpetually informing the quantum reality within us and around us at each moment of our existence.

And because reality is flashing in and out of existence (hypothetically at Planck time – 1044 times per second – as explained by The Resonance Project biophysicist William Brown), every time our reality oscillates between form, and the pure energy state of the field, our awareness which is constant and doesn’t flash in and out of existence informs the field what to reappear as when it makes its transition back to form at the quantum level.

Therefore each time we oscillate into formlessness, we have complete and total control and responsibility over what we choose with our attention to manifest out of the field in the next moment, and our power and ability to do so relies entirely what we believe, and on how we are feeling.

A dramatic example of this is the case of Vittorio Michelli. In 1962 he was admitted to the Military Hospital of Verona, Italy with a large tumor on his left hip. The doctors knew that they could not help him, so his case was deemed hopeless and he was sent home without treatment, and after about 10 months his left hip bone had completely disintegrated. As a last resort, he traveled to Lourdes, France and bathed himself in the spring there (which is a Christian holy site famous for producing miracles).

Immediately he started feeling better, he regained his appetite, and bathed himself in the spring a few more times before he left. After a few months of being home he felt such a powerful sense of well-being that he urged the doctors to x-ray him again, and they were astonished to find that his tumor had shrunk. Over the next several months they kept a close watch on him, and his X-rays showed that his tumor kept on shrinking, until it was gone. And once his tumor disappeared, his hipbone started regenerating.

After two months he was walking again, and several years later his hip bone had completely regenerated. The Vatican’s Medical Commission, in their official report said:

“A remarkable reconstruction of the iliac bone and cavity has taken place. The X-rays made in 1964, 1965, 1968, and 1969 confirm categorically and without doubt that an unforeseen and even overwhelming bone reconstruction has taken place of a type unknown in the annals of world medicine.” (The Holographic Universe, p.107)

Ordinarily this would be deemed miraculous, and indeed it truly is. But I find this miraculous in the sense of the true power of human intention and belief that it displays. Moreover, this is powerful evidence that suggests that there is an energetic structure which our ‘material bodies’ align with, because that is one of the only logical explanations for how Vittorio Michelli’s hip bone knew exactly which shape to grow back into unless there was some sort of energetic blueprint which was instructing its growth, which as the Vatican’s Medical Commission clearly stated, was “unknown in the annals of world medicine.”

In medicine, maybe this was unknown, but the same cannot be said for physics. At the atomic level atoms bond with one another to form molecules which have specific geometric structures as if there is an energetic blueprint which they are adhering to which dictates the shapes they maintain together.

If our bodies are a projection of consciousness, then our consciousness would create an energetic blueprint which our atoms and molecules align with to create our bodies. There is highly suggestive evidence of the existence of this energetic blueprint (or human energy field) in the new research on DNA which proves that it transmits, receives, and thus reads energy directly from the field.

Michelli’s case is a perfect example of our human ability to re-organize that vacuum structure with our energy and intentions, and thus manifest what we desire directly out of the field for truly miraculous results. The fact that he started to feel better and started to believe that he was healed is, I suggest, the key to his healing.

Some may want to stick with the belief that God healed this man, and I would agree to you. But you and I would probably disagree on the nature of this God. For I contend that you are god, as are we all, because the force we call God is the energy and infinite consciousness behind creation, and thus when we tap into ourselves as pure consciousness, i.e. without thought through meditation, then we open ourselves to the infinitude of our own awareness because we inseparably are that infinite creative consciousness. We are it and it is us.

And when we open up to that energy, we allow ourselves to be flooded with a “powerful sense of well-being” and knowing which has astounding power to create reality, and directly affects our biology.

Grant Barlow: 10 of 10, the technology of the human hologram