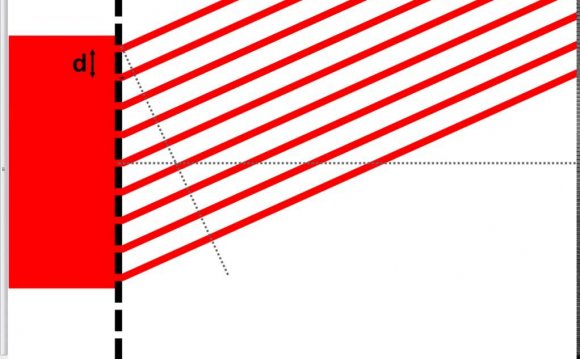 Which when substituted into equation 1, gives us:

Figure 3: Orderly arrangement of A-bands (thick filaments) and I-bands (thin filaments) within the sarcomeric structure of myofilaments. Light diffracts through the I-band region of the muscle, and the spacing between I-bands is governed by sarcomere length.

As one can infer from the equation, increases in sarcomere length would translate to closer distances between diffraction lines.